Cost & Prices of the Netherlands

Cost of Accommodation in the Netherlands

This is where most of your money is likely to go during your stay in the Netherlands and it, therefore, plays a large part in determining how much your trip to the Netherlands will cost. Both hotels and hostels are expensive, especially during peak season, which spans from the beginning of July until the end of August. Do note that staying in Amsterdam is usually a lot more expensive than staying elsewhere in the country. Some recommendations on where to stay outside of Amsterdam are listed below as well. When comparing prices for accommodation and deciding on where to stay, keep in mind that a one-way train ticket from Utrecht to Amsterdam costs about €8 per person. You can check the exact prices for any train ticket in the Netherlands on the official website of the Nederlandse Spoorwegen (Dutch Railways): NS.nl.

Staying at a hotel in Amsterdam is extremely convenient if you’re looking to explore the city. However, the cost of staying in hotels in the Netherlands is quite high. Hotels in Amsterdam are expensive with prices for regular rooms ranging anywhere between €100 – €200 per night during the low season and between €150 – €250 per night during high season. Prices of hotels outside of Amsterdam more affordable, especially during peak season. Hotel room prices in bigger cities outside of – but close to – Amsterdam range from about €80 – €150 per night. Utrecht is a beautiful old city and less than a 30-minute train ride from Amsterdam Central Station, therefore I highly recommend staying in Utrecht for at least a few nights if you’re visiting during high season. Check out the Ultimate Guide to Utrecht.

The prices of AirBnB’s in Amsterdam are comparable to hotel rates. Expect to pay anywhere between €125 – €200 for a small studio apartment near the city center. Check out nearby cities, because the cost of staying in Airbnb’s in other cities in the Netherlands is much lower. Again, I personally recommend Utrecht. When comparing prices for accommodation and deciding on where to stay, do keep in mind that a one-way train ticket from Utrecht to Amsterdam costs about €8 per person. You can check the exact prices for any train ticket in the Netherlands on the website of the Nederlandse Spoorwegen (Dutch Railways): NS.nl.

Cost of food in the Netherlands

The prices of food in the Netherlands can vary widely, although your daily budget should be at least €10 per day. €25 per person per day is my recommendation for making the most of your trip, and so you are able to enjoy some great local food.

Meals at regular restaurants in the Netherlands run anywhere between €15 – €25 for the main course. If you enjoy fantastic food, Michelin star dining in the Netherlands is a great option, since it can be pretty affordable with prices starting at around €50 – €70 for a five-course meal, however, you’re likely to have to make a reservation quite some time in advance.

The Netherlands has a large variety of fast food options and prices vary widely. Fastfood is relatively expensive in the Netherlands. A full menu with a side and a drink at a large chain like McDonald’s, Burger King or KFC will cost you anywhere between €7 – €15. We also have ‘Snackbars’ where you can find typical Dutch fast food like Kroketten, Frikandellen, and Kaassoufflés (Cheese soufflé) as well as burgers and fries. A rather famous chain is called Febo, where they have something like a vending machine style wall filled with all kinds of fast food, including all of the Dutch classics mentioned above. Prices range from about €1 – €5 per snack. I personally avoid these since the supermarkets mentioned in the next paragraph have both healthier choices as well as better prices, however, I do recommend trying a Frikandel, Kroket or Kaassouflé during your visit.

Supermarkets in the Netherlands

Supermarkets in the Netherlands offer great value. They’re some of the cheapest in all of Europe and much cheaper than supermarkets in most other Western countries. Check them out if you’re on a budget. Albert Heijn is the largest and chain but they have a premium ‘AH to-go’ variety as well, which is (much) smaller and (much) more expensive. Jumbo is the second largest chain with a similar premium ‘Jumbo city’. Albert Heijn, Jumbo, and all other regular supermarkets are similarly priced and I recommend going to whichever regular supermarket is most convenient for you. I highly recommend getting most of your food at a supermarket if you’re on a budget. You can find a large variety of (ready-to-eat) food there and prices are very affordable. Check out the ‘Maaltijdsalades’ (Meal Salads), they’re a healthy choice and cost about €3 – €5.

The best activities in the Netherlands

There are a lot of different activities that you can enjoy during your trip to the Netherlands without breaking the bank. However, some activities are obviously limited to specific seasons. If you’d like to go visit the tulip fields you’ll have to visit around spring and if you’d like to go ice skating on the canals you will have to visit during winter. If you’re looking for cold or bad weather recommendations, make sure you check out this article.

Cost-effective city-hopping in the Netherlands

Being a small country, city-hopping in the Netherlands is super quick. You definitely don’t have to rent a car. Trains to most major cities depart every 10 to 15 minutes, which makes seeing the Netherlands by train convenient, very safe, and relatively inexpensive. Some cities that I recommend visiting are Utrecht, ‘s-Hertogenbosch, The Hague, Leiden, and Delft. Maastricht, Naarden-Vesting, and Breda are definitely worth paying a visit, however, reaching can be a little more time-consuming. Visiting Naarden-Vesting is highly recommend if you have the time to do so. Definitely skip Giethoorn, it has become one big tourist attraction nowadays.

Train rides will cost anywhere between €8 – €25, depending on the distance, with the train tickets to Maastricht in the southernmost part of the Netherlands being an exception to this rule. They cost about €27. Check out NS.nl for the exact prices of any train ticket in the Netherlands.

There are so many things you can do in Amsterdam; listing all of them is beyond the scope of this article. However, if you plan on exploring Amsterdam for a couple of days, purchasing the Amsterdam Travel Ticket for unlimited travel by public transport across Amsterdam is definitely not a bad idea. It will allow you to freely explore and wander around the city for a couple of days. It’s also pretty affordable: a three-day ticket costs less than €10 per day. Even if you’re on a budget, getting an unlimited travel ticket for public transport in Amsterdam is worth it in my opinion: the cost is very low compared to most other experiences in the Netherlands but it’ll really help you make the most of your visit. If it’s your first time in the Netherlands, make sure you read this article on public transport in the Netherlands.

Paying a visit to one of the many amazing museums in the Netherlands or going to a concert at the Royal Concertgebouw are both highly recommended. Have a look at this article if you’d like to know more. 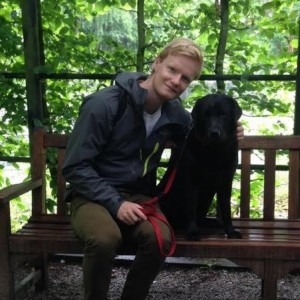